THE EFFECT OF THE CRUSADES TO THE EAST AND THE WEST ACCORDING TO FUAT SEZGIN: THE DEVELOPMENTS IN THE WEAPON TECHNOLOGY AND THE TRANSMISSION OF SCIENCES TO EUROPE

The Crusades, emerged in 1095, continued for almost two centuries until the expulsion of the Latin Christians from Akkâ, their last center in the East, in 1291. Although the Muslims, who were in front of Europe in almost all areas of civilization, especially science and technology at the beginning of the Crusades, were the side who achieved the final victory against the Crusaders, they withdrew into their shells and took a defensive position at the end of the Crusades.  Europe, which lagged behind Muslims in every aspect at the beginning of the Crusades, experienced significant developments in economic and cultural fields at the end of the campaigns and reached the creative level of the core areas of civilization after these campaigns. One of the most important results of the Crusades neglected or ignored by the Western scientific circles is the transmission of sciences and technology developed in the Islamic civilization basin, to the West through the Crusaders. Fuat Sezgin, who defends that the main connection between the Old World and the West is the Arab-Islamic world, considers the Crusades as one of the central points of this connection. According to Sezgin, the Crusaders, who learned the superiority of the Arab-Islamic sciences, had the opportunity to directly recognize the latest scientific studies and technological developments in the Islamic world for 200 years and transfer them to Europe. In this article, we examine the effects of the Crusades to the East and West according to Fuat Sezgin. After the introduction of the routes and means of transferring the sciences to the West, the effects of the Crusades on the Islamic World and Europe will be examined. 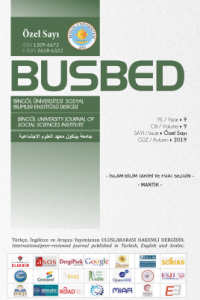